I’m going to be working at a pozole festival today and I am really, really, excited. It’s a one day event, and will essentially be a big room in Williamsburg filled with a chefs making a range of pozoles and a BUNCH of different mezcals to try. A dream! I feel like only in New York (I mean apart from Mexico obviously) could you have something as niche as a pozole festival, and I love that about it.

It got me thinking though – what is pozole? I have eaten plenty of it, of course, and I have even made it now, but I actually don’t know much that much about it. Although Mexican food is pretty ubiquitous globally now, pozole is not one of the standards….yet! 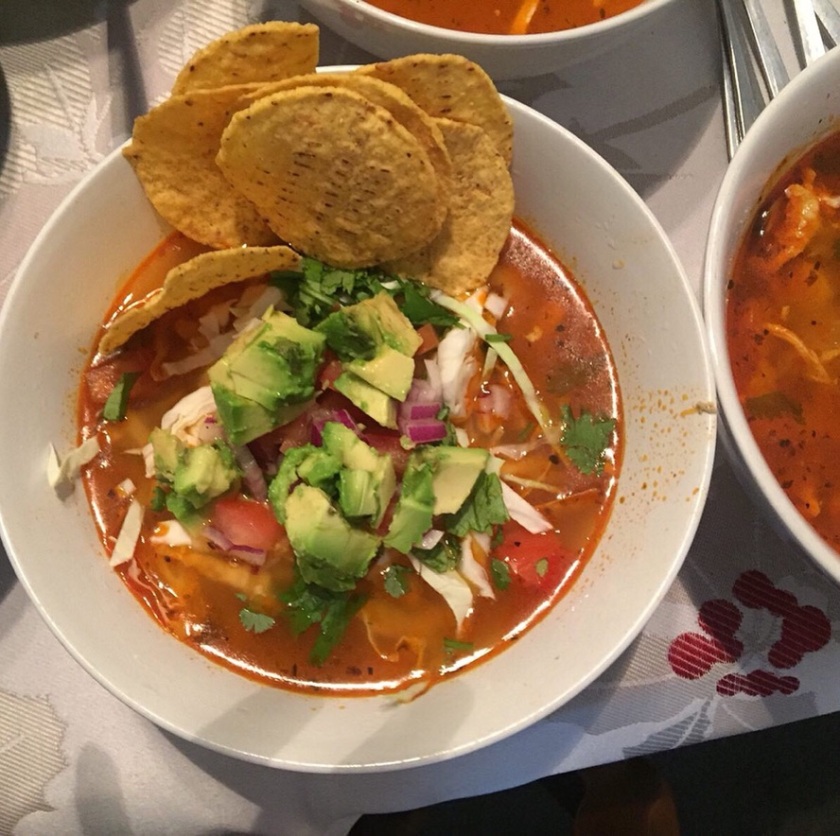 So let’s assume no knowledge and start by saying this is a Mexican dish. Duh. It is somewhere between a stew and a soup (and lord knows I love a soup). You could say it has a kinda salad-y aspect to it too, because of the fresh toppings.  The word pozole comes from Nahuatl – a language spoken by the Aztec people who originate from central and western Mexico. Over 1.5 million people currently speak Nahautl. So, pozole is a pre-hispanic dish, and there is even said to have been a ceremonial version that was only made for priests and important people, which contained the meat of human sacrifices. Hhhmmnnn.

Pozole is a flexible dish but generally has these elements: broth, hominy, protein, toppings. The broth varies a lot from place to place but there are three main categories: green, red, white. The colors of the Mexican flag, you may observe. All of these varieties will be made with some kind of stock which will incorporate various herbs, chilis, vegetables, and even seeds sometimes. The protein also changes; shredded chicken or chunks of pork are definitely the most common, but I have seen seafood and mushroom (vegetarian) pozole as well. The toppings are fun and fairly flexible but shredded cabbage, sliced radish, chopped onion, chicharron, avocado and lime are the most common. Something that gives a nice crunch and freshness, though there is a famous place in Mexico City where you can add a raw egg, sardines or even a shot of mezcal to your pozole. It is often served with tostadas or totopos on the side, as well as a selection of salsas. Pozole is served at many restaurants as a special menu item only on weekends, and perhaps not coincidentally is a FANTASTIC hangover cure. 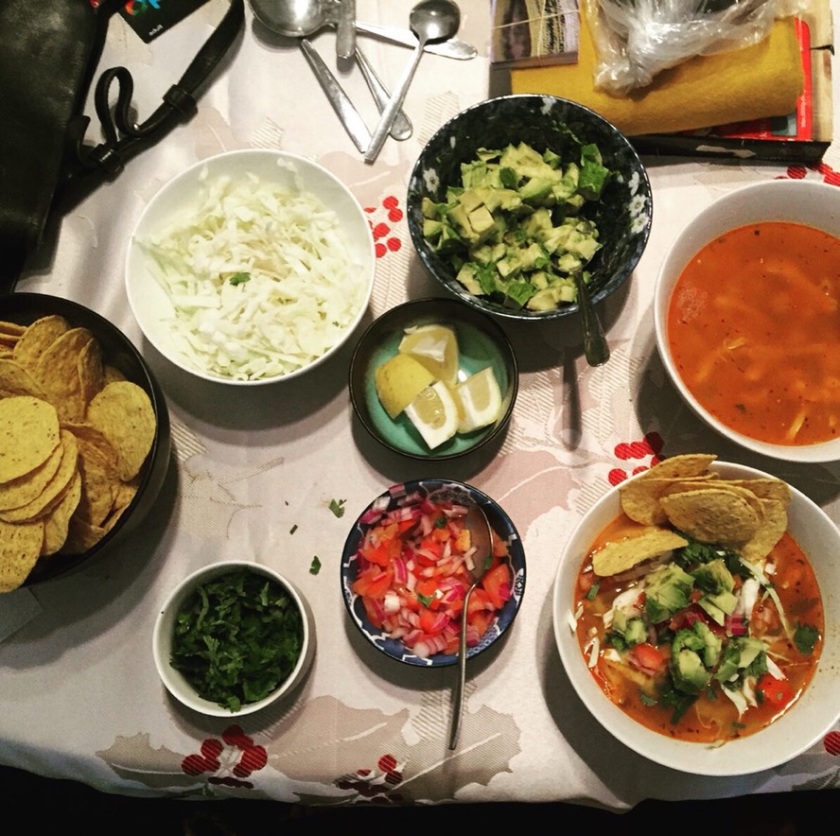 Yup hominy. Hominy is like corn but not quite. But first let’s a step back. What is the difference between corn and maize? What about maiz?

Maize: Maize is the english word for a cereal grain of which there are many types, including the types we eat like sweet corn and baby corn, but also crops more commonly used to feed livestock or make biofuel.

Corn: Corn is what we call the sweeter varieties of maize that we tend to eat in the US/UK/Australia.

Maiz (mah-eez): Is the spanish word for maize (and corn), and in Mexico you will find a much larger variety of maiz than you would in the aforementioned countries. Different colors, different shapes, different uses.

Hominy: Hominy is a kind of dried corn that has been soaked in a mineral lime liquid. The variety of maize used to make hominy is not sweet corn, but a field corn which has larger kernels. The process of soaking removes the hull and the germ of the kernel, and it also makes the kernel double in size. This process is known as nixtamalization and is essential to creating the texture for masa, the ‘dough’ used for making tortillas, arepas etc.

If you think about it, hominy is somewhere in the process between dried corn and masa.

Happily, you can easily buy canned hominy in the supermarket in most countries so you don’t have to worry about wrapping your head around perfecting the process of nixtamalization, let alone pronouncing it.

In the US cans of hominy are cheap and plentiful, but in the UK and Australia you will need to go to a specialty shop for Latin American / international foods, and may have to pay a pretty penny. Unfortunately, you absolutely cannot substitute it – hominy is what gives pozole it’s true pozole-ness. Otherwise it’s basically a chicken soup. When I made pozole I was very surprised by how legit it tasted, and that was entirely because of the presence of hominy. Other than that non-negotiable, pozole is a fairly forgiving and flexible soup. 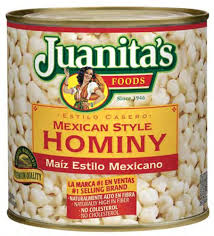 Case in point: at La Pozoleria, the pop-up located at La Newyorkina in NYC’s West Village, there is a ramen pozole. Yup! I must admit I was sceptical when I first heard of it, but considering the dish comes from the mind of Mexicans, who am I to be the pozole police? When I visited, La Newyorkina founder Fani Gerson told me about the genesis of the idea and I had to admit it was pretty rad. Anyone who has been to Mexico has likely seen or tried esquites served from small street carts – the corn which is served off the cob and in a cup of broth that is topped with mayonnaise, chili and cheese. Fani saw a street vendor in Veracruz use esquites broth to prepare instant noodles (Maruchan in Mexico) and the idea was born. The ramen pozole at La Pozoleria is a version of that and it is creamy, corny, a little tangy, and vegetarian.

La Pozoleria is helmed by chef Danny Mena, known for La Loncheria in Bushwick and for being the author of Made In Mexico. He is also one of the collaborators behind Bowl of ‘Zole, alongside Arik Torren of Fidencio Spirits (who I work for) and Jimmy Carbone who is an event and restaurant veteran, radio host, and all-round hospitality legend.

Anyone who comes out for Bowl of ‘Zole will get to see the limits of pozole tested; there are high profile chefs making recipes as diverse as seafood, pigs head and matzo ball pozole. Accompanied by a plethora of Mexican spirits to sample, you really just can’t be mad about it. Join us and let’s go where no pozole has gone before!